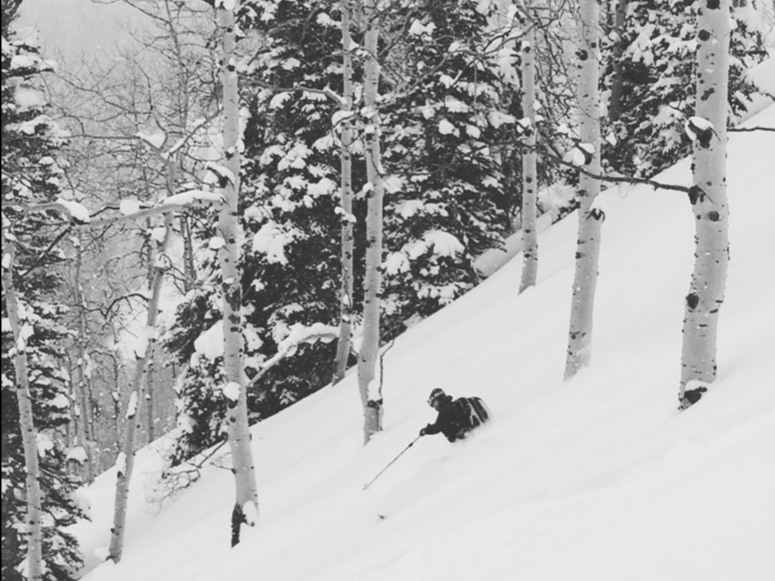 We hope this emails finds you safe and healthy, and you were able to get out and have fun during our “average” snow year. The conditions have been good recently, despite it going relatively dry in the 2nd half of the winter, which of course also corresponded with the advent of the Covid-19 pandemic, and the community trying to figure out if/how to get into the mountains safely. As the temps rise, the leaves and buds pop, and the corn snow hopefully stays firm, we thought we’d take the opportunity to provide you with an end of season wrap-up as there are a number of things happening in the Wasatch that deserve follow up:

In addition to traffic, parking – particularly at the Grizzly Gulch trailhead – became a pretty acute issue this winter.  We have had multiple discussions with both Alta Ski Lifts and the Forest Service about this and it’s still a little muddy.  Highway 210 is a state road managed by UDOT that is on Forest Service land. The eastern end of the road (past the Snowpine Lodge, commonly referred to as the Grizzly Gulch trailhead) is part of ASL’s special use permit and is maintained and plowed by ASL.  In past conversations, the FS has told WBA that non-ski area patrons (aka. Joe Public) absolutely have the right to park in at the Grizzly trailhead to access public lands. However, at a meeting in February, FS seemed to change this position somewhat by talking about the nuances associated with the wording of ASL’s permit with the FS, what permit was signed with what wording, etc. This took WBA by surprise and we asked for clarification but then COVID-19 hit, the FS got overwhelmed, ASL closed down, and we haven’t yet pursued clarification on this.  Given the importance of this issue, hopefully once things calm down this summer, we can get some clarity.

On a related note, Wasatch Backcountry Alliance had some discussions with the FS and the Town of Alta about helping to fund a port-a-pottie at the Grizzly trailhead due to the heavy use that area was getting after Alta Ski Lifts closed on March 15th. But since ASL was willing to keep their bathrooms open for public use, in addition to being the only local resort to allow uphill traffic during the unusual closure – which even included grooming their main runs even as the lifts were not spinning – it was decided that the port-a-potties were not necessary.  It was clear that people appreciated this; the lots seemed to be as full – or more so – than they typically are at that time of year.  We have had our differences with ASL in the past, but we are appreciative and grateful to ASL for their thoughtfulness toward the backcountry community in these strange days.

As you probably remember, UDOT received a lot of money a couple of years ago to study tolling and other traffic solutions for LCC. Late last season, they installed temporary traffic-mitigating installations at the Snowbird, Alta, and Brighton entrances and an island in Alta Central, and this season made those permanent.

UDOT is working on the LCC Environmental Impact Statement and an important part of that is the public comment period which many of you participated in early this season. The rest of an EIS is a fairly lengthy process with a lot of grinding away at data, and we will be trying to keep abreast of this and will provide updates as they are available.

The Central Wasatch Commission (CWC) is also working on transit solutions. Since it was clear that the Utah Congressional delegation (aside from Rep. Ben McAdams) wasn’t willing to introduce any new legislation without a thorough transit component as part of the bill, and with UDOT focusing on LCC, the CWC decided to focus their 2020 efforts on honing in on a Mountain Transit System (MTS) that incorporates the entire tri-canyon area as well as the Wasatch Back. They recently completed a “Scope and Attributes” public comment period and generated a document outlining the results. WBA has reviewed this carefully and identified some important changes that need to be made (and will be formally incorporated at the CWC meeting on Monday, May 4th), and CWC will use that as a baseline for moving forward.

Yes, we realize that we’ve been here before, but WBA thinks that this MTS will allow the CWC to move forward with legislation to protect the Central Wasatch. The CWC is focusing on decreasing single-occupancy-vehicles and NOT increasing parking in the canyons, and will be exploring possible bus rapid transit, aerial, and rail solutions. We have made it explicitly clear to the CWC that the Wasatch Backcountry Alliance does NOT support upper canyon-to-canyon connections, any transit solutions need to account for dispersed winter users to access trailheads, and needs to be year-round.

Along the lines of bus transit, UTA stepped up to offer additional bus service this winter (an unallocated expense for 2019 that was bolstered by extra funds from the CWC as well as the Wasatch Backcountry Alliance and other groups). Ridership was up by over 30% and that undoubtedly helped alleviate canyon traffic at least a little. We look forward to hearing what UTA plans for next season.

Those of you who recreated in Cardiff this winter have no doubt seen snowcat tracks going up to the mine. While the owners have the right to access their land via motorized use, it is WBA’s understanding that they need to stick to the road to access their claim and that they do not have the legal right to drive the ‘cat over public land to the ridgeline (and to give rides to people/paid customers to ski down). We are working with the FS to clarify what the owners and public can and can’t do, and will update as we figure all of this out.

We are in the process of taking down the trail counters that we have in place at many trailheads in the tri-canyon area. We used a new technology this winter that will allow for more efficient analysis and will undoubtedly help us in future discussions regarding transit and use.

Late last summer, WBA sponsored a trails work day with the Forest Service and it worked out well for all. We’ll no doubt be doing that again this summer since the FS has an ambitious plan for trail work this year at Cardiff, Mill Creek, Red Pine, etc., so watch for a notice to join that.

As winter fades and our foothill and mountain trails are being heavily used, please keep the general guidelines of shared outdoor use in the time of The Pandemic at the front of your mind (we found a good article on that here).

Thanks very much for your support of the Wasatch Backcountry Alliance this season. May is always good for at least a couple of storms and contrary to popular belief the Wasatch does have decent corn riding, so maybe we’ll see you out there!